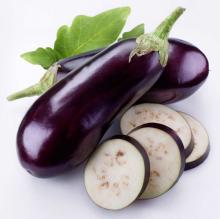 When you go to the grocery store or restaurant, you might get excited about a big green salad with your favorite dressing, or grilled vegetables made your favorite way. We rarely think about this vegetable that can pack a powerful punch into your daily life. In addition to featuring a host of vitamins and minerals, eggplant also contains important phytonutrients, many which have antioxidant activity. Phytonutrients contained in eggplant include phenolic compounds, such caffeic and chlorogenic acid, and flavonoids, such as nasunin. Eggplant has been know to radically transform our health by the findings in the latest research. New research on eggplant has focused on an anthocyanin phytonutrient found in eggplant skin called nasunin. Nasunin is a potent antioxidant and free radical scavenger that has been shown to protect cell membranes from damage. In animal studies, nasunin has been found to protect the lipids (fats) in brain cell membranes. Cell membranes are almost entirely composed of lipids and are responsible for protecting the cell from free radicals, letting nutrients in and wastes out, and receiving instructions from messenger molecules that tell the cell which activities it should perform.

Researchers at the US Agricultural Service in Beltsville, Maryland, have found that eggplants are rich sources of phenolic compounds that function as antioxidants. Plants form such compounds to protect themselves against oxidative stress from exposure to the elements, as well as from infection by bacteria and fungi. The good news concerning eggplant is that the predominant phenolic compound found in all varieties tested is chlorogenic acid, which is one of the most potent free radical scavengers found in plant tissues. Benefits attributed to chlorogenic acid include antimutagenic (anti-cancer), antimicrobial, anti-LDL (bad cholesterol) and antiviral activities.

ARS researchers studied seven eggplant cultivars grown commercially in the U.S. and a diverse collection of exotic and wild eggplants from other counties. In addition to chlorogenic acid, they found 13 other phenolic acids present at significantly varying levels in the commercial cultivars, although chlorogenic acid was the predominant phenolic compound in all of them. Black Magic—a commercial eggplant cultivar representative of U.S. market types—was found to have nearly three times the amount of antioxidant phenolics as the other eggplant cultivars that were studied. In addition to their nutritive potential, the phenolic acids in eggplant are responsible for some eggplants' bitter taste and the browning that results when their flesh is cut. An enzyme called polyphenol oxidase triggers a phenolic reaction that produces brown pigments. Scientists have begun work on developing eggplant cultivars with an optimal balance of phenolics to ensure both optimal nutritional value and pleasing taste.

When laboratory animals with high cholesterol were given eggplant juice, their blood cholesterol, the cholesterol in their artery walls and the cholesterol in their aortas (the aorta is the artery that returns blood from the heart back into circulation into the body) was significantly reduced, while the walls of their blood vessels relaxed, improving blood flow. These positive effects were likely due not only to nasunin but also to several other terpene phytonutrients in eggplant. Nasunin is not only a potent free-radical scavenger, but is also an iron chelator. Although iron is an essential nutrient and is necessary for oxygen transport, normal immune function and collagen synthesis, too much iron is not a good thing. Excess iron increases free radical production and is associated with an increased risk of heart disease and cancer. Menstruating women, who lose iron every month in their menstrual flow, are unlikely to be at risk, but in postmenopausal women and men, iron, which is not easily excreted, can accumulate. By chelating iron, nasunin lessens free radical formation with numerous beneficial results, including protecting blood cholesterol (which is also a type of lipid or fat) from peroxidation; preventing cellular damage that can promote cancer; and lessening free radical damage in joints, which is a primary factor in rheumatoid arthritis. As noted in the world’s healthiest foods.

Eggplant has many supportive properties to make a tremendous impact on your health. Consider including in your family's normal healthy living routine.