The Superfruit by Dr Asa Andrew 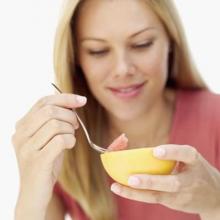 This popular fruit is a large subtropical citrus generally recognized for its slightly bitter and sour taste. It was first produced in Barbados as a hybrid fruit that resulted from a cross between pomelo and sweet orange. This fruit was named after the grape, because they grow in clusters like grapes. Many varieties are being cultivated in different countries such as the United States and China. The well-known varieties include those with red, pink and white pulp. Like all other citrus fruits, it is loaded with vitamin C, although this is not the only benefit that you can get from it. Here are five other health benefits of this powerful superfruit.

Grapefruit is high in enzymes that burn fats, has high water content and has less sodium. A combination of these three characteristics makes grapefruit a perfect food for increasing your body’s metabolism. Try eating grapefruit or drinking grapefruit juice every day and you will notice how quickly you lose those extra pounds.

Grapefruit contains salicylic acid that helps break down the body’s inorganic calcium, which builds up in the cartilage of joints and may lead to arthritis. If you have arthritis, try drinking grapefruit juice with apple cider vinegar. You will notice a reduction in your arthritis symptoms. The salicylic acid in grapefruit also works as a powerful antiseptic. In addition, grapefruit seed extracts can be added to water to make an antiseptic spray for treating bacterial and fungal infections.

Lycopene is a carotenoid pigment that is responsible for the red color of grapefruit. It is a powerful agent against tumors and cancers as it acts as a scavenger of cancer-causing free radicals. Lycopene works best with vitamins A and C, which are also found in grapefruit. An antioxidant compound, called naringenin, is also found in grapefruit. Naringenin helps repair damaged DNA in prostate cancer cells. DNA repair contributes to cancer prevention as it impedes the reproduction of cancer cells.

The antioxidants found in grapefruit are effective in reducing cholesterol levels. However, if you are on prescription drugs, do not eat grapefruit or drink grapefruit juice. Grapefruit has a negative reaction against many prescription drugs such as those used in treating depression, allergies, high blood pressure, seizures, impotence, heart palpitations and even HIV. Inform your physician if you want to use grapefruit as a regular form of treatment. Eating grapefruit or drinking its juice helps treat common cold and fever, dissolve gallstones, boost liver function and enhance immunity against infections. As grapefruit contains a dietary fiber called pectin, it thus promotes better digestion. In addition, if you want to have a healthy and smooth skin, try including grapefruit in your diet.

You can get many other benefits from grapefruit because it also contains essential elements such as iron, calcium, potassium, manganese, magnesium, phosphorus, folic acid and B vitamins (thiamine, riboflavin and niacin). You can even extract oil from grapefruit peel for use in aromatherapy. *As noted in the world’s healthiest foods.