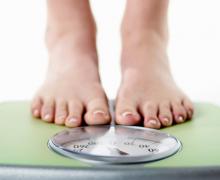 There is a new superfood that is an excellent source of vitamin C a vitamin that helps to support the immune system and accelerate weight loss. This vitamin C-rich foods  may help reduce cold symptoms or severity of cold symptoms; over 20 scientific studies have suggested that vitamin C is a cold-fighter. Vitamin C also prevents the free radical damage that triggers the inflammatory cascade, and is therefore also associated with reduced severity of inflammatory conditions, such as asthma, osteoarthritis, and rheumatoid arthritis. As free radicals can oxidize cholesterol and lead to plaques that may rupture causing heart attacks or stroke, vitamin C is beneficial to promoting cardiovascular health. Owing to the multitude of vitamin C's health benefits, it is not surprising that research has shown that consumption of vegetables and fruits high in this nutrient is associated with a reduced risk of death from all causes including heart disease, stroke and cancer. Not all fruit juices are the same. They differ markedly in the variety of phenolic compounds and antioxidant activity, according to Alan Crozier, Professor of Plant Biochemistry and Human Nutrition, who, with colleagues at the University of Glasgow, evaluated 13 commercially available popular juices.

Concord grapes came out on top with the highest and broadest range of polyphenols and the highest overall antioxidant capacity. (The main components in purple grape juice were flavan-3-ols, anthocyanins, and hydroxycinnamates, together accounting for 93% of the total phenolic content.) Other top scorers were cloudy apple juice, cranberry juice and grapefruit juice.

Dr. Crozier's findings come shortly after those of the Kame project, which indicated that long-term fruit juice consumption can provide protection against Alzheimer's disease (Dai et al., Am J Med), and suggest that, since each fruit juice contains its own array of protective phenols, drinking a variety may offer the best protection. Practical Tip: "The message is to mix these juices during the week. That way you will get all the compounds with anti-oxidant activity. If you drink only one juice you risk missing out on the compounds in the others," explained Crozier.

Phytonutrients in grapefruit called limonoids inhibit tumor formation by promoting the formation of glutathione-S-transferase, a detoxifying enzyme. This enzyme sparks a reaction in the liver that helps to make toxic compounds more water soluble for excretion from the body. Pulp of citrus fruits like grapefruit contain glucarates, compounds that may help prevent breast cancer.

In animal studies and laboratory tests with human cells, limonoids have been shown to help fight cancers of the mouth, skin, lung, breast, stomach and colon. Now, scientists from the US Agricultural Research Service (ARS) have shown that our bodies can readily absorb and utilize a very long-acting limonoid called limonin that is present is citrus fruits in about the same amount as vitamin C. In citrus fruits, limonin is present in the form of limonin glucoside, in which limonin is attached to a sugar (glucose) molecule. Our bodies easily digest this compound, cleaving off the sugar and releasing limonin.
In the ARS study, 16 volunteers were given a dose of limonin glucoside in amounts ranging from those that would be found in from 1 to 7 glasses of orange juice. Blood tests showed that limonin was present in the plasma of all except one of the subjects, with concentrations highest within 6 hours after consumption. Traces of limonin were still present in 5 of the volunteers 24 hours after consumption!

Limonin's bioavailability and persistence may help explain why citrus limonoids are potent anti-carcinogens that may prevent cancerous cells from proliferating. Other natural anti-carcinogens are available for much less time; for example, the phenols in green tea and chocolate remain active in the body for just 4 to 6 hours.

Both red and blond grapefruits both positively influenced cholesterol levels, but red grapefruit was more than twice as effective, especially in lowering triglycerides. In addition, both grapefruits significantly improved blood levels of protective antioxidants. Red grapefruit's better performance may be due to an as yet unknown antioxidant compound or the synergistic effects of its phytonutrients, including lycopene.

In response to this rapid and very positive outcome, the researchers concluded that adding fresh red grapefruit to the diet could be beneficial for persons with high cholesterol, especially those who also have high triglycerides.

One caveat, however: Compounds in grapefruit are known to increase circulating levels of several prescription drugs including statins. For this reason, the risk of muscle toxicity associated with statins may increase when grapefruit is consumed. (See our Individual Concerns section for more information.)

Want to reduce your risk of calcium oxalate kidney stones? Drink grapefruit juice. A study published in the British Journal of Nutrition found that when women drank 1/2 to 1 liter of grapefruit, apple or orange juice daily, their urinary pH value and citric acid excretion increased, significantly dropping their risk of forming calcium oxalate stones. Not only are grapefruit rich in vitamin C, but new research presented at the 228th National Meeting of the American Chemical Society provides two more reasons to drink grapefruit juice: protection against lung and colon cancer.

In humans, drinking three 6-ounce glasses of grapefruit juice a day was shown to reduce the activity of an enzyme that activates cancer-causing chemicals found in tobacco smoke. In rats whose colons were injected with carcinogens, grapefruit and its isolated active compounds (apigenin, hesperidin, limonin, naringin, naringenin, nobiletin) not only increased the suicide (apoptosis) of cancer cells, but also the production of normal colon cells. Researchers also confirmed that grapefruit may help prevent weight gain by lowering insulin levels.

Naringenin, a flavonoid concentrated in grapefruit, helps repair damaged DNA in human prostate cancer cells (cell line LNCaP), reports a lab study published in the Journal of Nutritional Biochemistry. The risk of prostate cancer, the most commonly diagnosed cancer in men in the U.S, increases with age since the older we become, the more times our cells have divided and the greater the chance for DNA mutations to occur. DNA repair is one of the body's primary defense mechanisms against the development of cancer since it removes potentially cancer-causing mutations in cells.
Naringenin helps restore health to damaged DNA by inducing two enzymes that repair DNA during the replication stage. These enzymes, 8-oxoguanine-DNA glycosylase 1 (hOGG1), and DNA polymerase beta (DNA poly beta), are both involved in the DNA base excision repair (BER) pathway.
The scientists in this study exposed cell cultures to 80 micromoles per liter, an amount we cannot achieve by consuming grapefruit since research indicates that only between 2 and 15% flavonoids in the food we consume are absorbed in the GI tract, and plasma concentrations after eating flavonoid-rich foods range from 0.5 to 1 micromole per liter.

Fortunately, however, the researchers also demonstrated that the concentration of naringenin inside the cells that was needed for its beneficial effects was only 5% of the amount in the medium, and this amount is physiologically achievable in our tissues.
Unlike many other cancers, prostate cancer is slow growing initially and often remains undetectable for a long time. Enjoying grapefruit regularly may be one way to prevent its progression by promoting the repair of damaged DNA in prostate cells, thus preventing them from becoming cancerous. *As reported by the world's healthiest foods.