What Does Sugar Have To Do With Cholesterol? by Dr. Elizabeth Klodas, MD 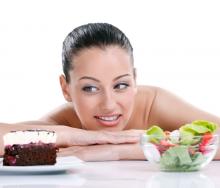 So if you want a really bad cholesterol profile, eat a bunch of sugar!

But insulin is not just a storage hormone for blood sugar and cholesterol. It’s a storage hormone IN GENERAL. So when insulin levels are high, you become a calorie hoarder as well. Want to gain some weight? Eat a bunch of sugar!

And guess what? We DO eat a bunch of sugar. On average, 22 teaspoons of added sugar EVERY DAY. It’s no wonder our country is experiencing an obesity and heart disease epidemic.
So what can you do?

Fruit is a great choice. It turns out that the natural balance between the fiber, antioxidants, micronutrients and phytochemicals present in fruit has a different effect on our biochemistry. But we’re talking about fruit, not fruit juice. Fruit juice has much of the fiber stripped out, so it’s not the same. You’ve probably never seen a child get hyperactive after eating an apple. But a big glass of apple juice? That’s a whole different story.

Second, be vigilant about the packaged foods you eat and focus on lowering inflammation. Look at the ingredient list and search for all the different sugars that have been added. Click on the link below to see a handy reference guide to the most common added sugars. If becoming a food detective seems overwhelming, avoid as much processed food as you can and only buy things with ingredient lists that you understand.